Public practice is governed by the Accountants Act 1967, Membership and Council Rules 2001 and MIA By-Laws (On Professional Ethics, Conduct and Practice).

Under the Act, the person must be a member of the Institute, and is prohibited from public practice through a body corporate except where it is allowed by other statutes for limited areas of public practice, such as provision of tax services, corporate secretarial services and even as investment advisors.

A member, in most instances, is allowed to be engaged in public practice as a sole practitioner or in partnership only with another member(s) as the Act and By-Laws prohibits the sharing of profits with non-members. All firms in public practice are described as firms of chartered accountants.

Members also must have their principal or only place of residence in Malaysia to be in public practice in Malaysia.

Members who wish to set up a practice must first obtain the approval of the MIA on the use of the firm’s name. There are 2 types of firms which are audit and non-audit.

Professionals governed under their respective acts are exempted from premise licensing under Section 102 (s) of Local Government Act and Licensing of Trades, Businesses and Industries (Federal Territory of Kuala Lumpur) By-Laws 2016. Hence, audit and non-audit firms of Chartered Accountants under the Accountants Act, 1967 are exempted from premise licence requirements by the local Council. However, the signboard licence is still applicable. 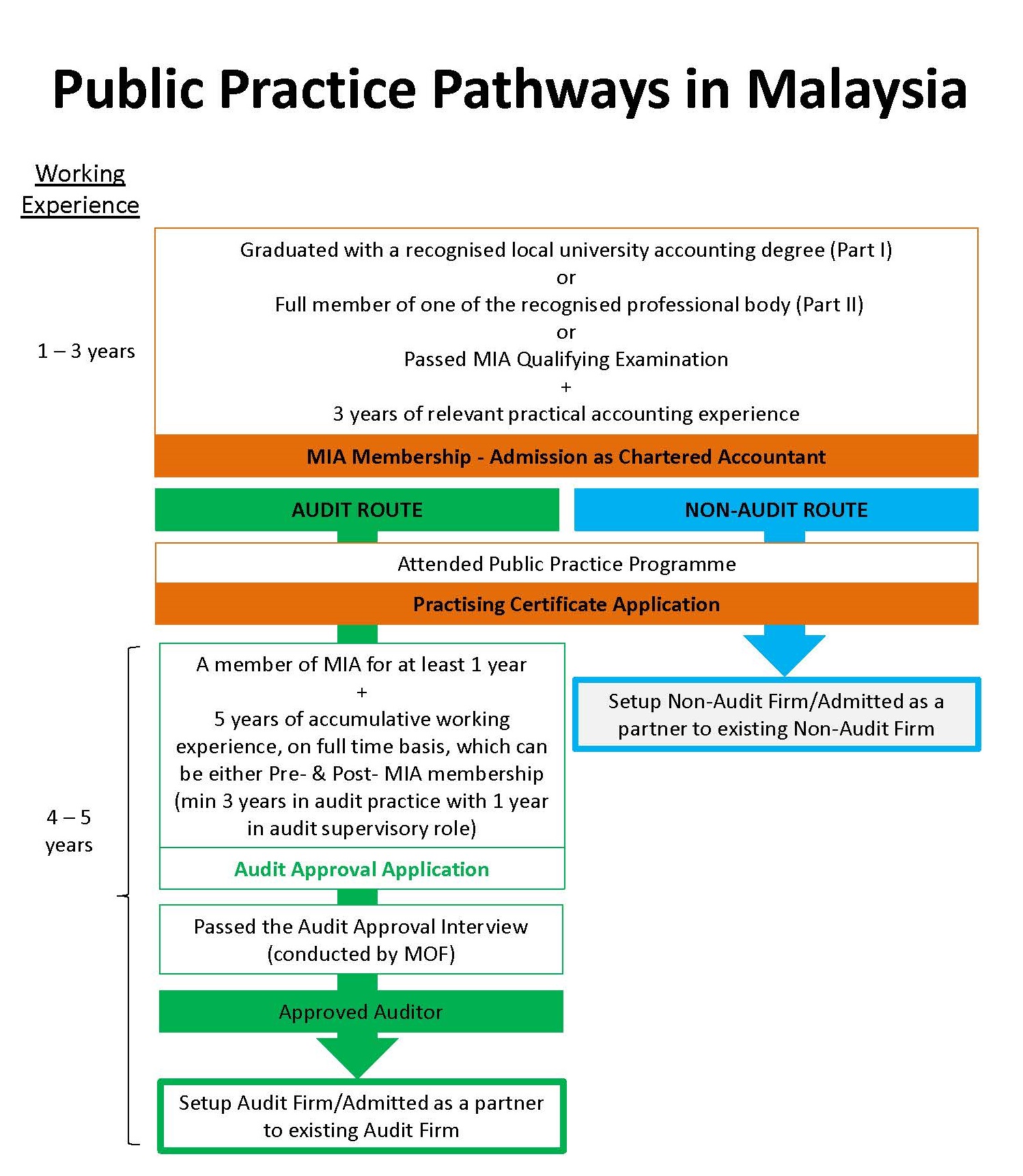 No additional licensing requirements are needed and member can register a non-audit firms.

To be an auditor a member must be in possession of an audit licence granted by the Accountant General’s Office pursuant to the Companies Act 2016.

To be a liquidator, a member must be in possession of a liquidator licence granted by the Accountant General’s Office pursuant to the Companies Act 2016.

The requirements for applying for a liquidator licence are as follows:-

The issuance of a licence to be a tax agent is governed by the Income Tax Act 1967.A licence is only granted after the applicant has passed an interview conducted by the Inland Revenue Board.The practice of taxation may be carried out under a body corporate. However, it has to be established as a separate entity from that of a public practice and may not be referred to as a tax consultant or tax adviser. Only members who hold themselves out as chartered accountants with valid practising certificates may use these descriptions under a sole proprietorship or a partnership. A body corporate cannot be described as chartered accountants and it cannot be registered as a member firm of the Institute.