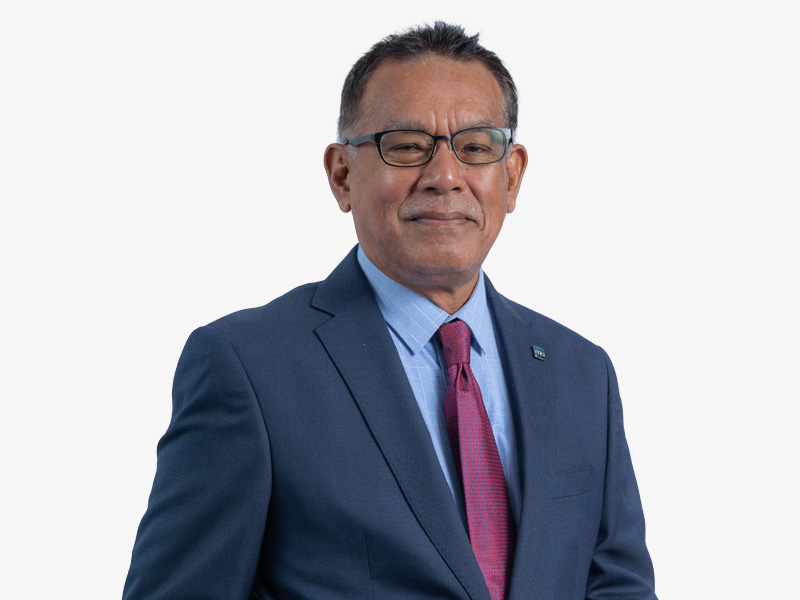 Dato’ Mohamad Azmi Ali was appointed as the Registrar of the Institute on 1 December 2020.

As the Registrar of the Institute, he is responsible for maintaining the register of members in accordance to the provisions set out in the Malaysian Institute of Accountants (Membership and Council) Rules 2001, among other matters.

Dato’ Mohamad Azmi’s experience in the public sector spanned over 36 years, from 1981 until his retirement in 2017. Prior to his retirement, he headed various divisions in the Accountant General’s (AG) Office before being appointed as the Deputy Accountant General of Malaysia in 2015. He has also served as Head Accountant of the Ministry of Education (2008 – 2011), Head of the AG’s Office in Kuching, Sarawak (2002 – 2008), on the Privatisation Task Force and Foreign Investment Committee of the Economic Planning Unit of the Prime Minister’s Department (1992 – 2001) and Kelantan State Treasurer (1983 – 1991).

He is currently an Independent Non-Executive Director of SYF Resources Berhad as well as an Audit Committee member at MPC, TDA Sdn Bhd (a MOF Company) and Yayasan Guru Tun Hussein Onn.

Dato’ Mohamad Azmi holds a Bachelor of Accounting degree from University Kebangsaan Malaysia (UKM). He is a member of CPA Australia. He was also a former Council Member of the Malaysian Institute of Accountants from 2014 – 2016.